To keep pace with consumer demand, New Belgium Brewing expanded its operations by building a second brewery in Asheville, North Carolina, USA. The new facility is sized to produce upwards of 500,000 barrels of beer per year.

Due to the limited amount of space available on-site and the fact that the facility is located near a residential area, the system needed to have a compact footprint and mitigate any odors associated with the wastewater treatment.

The AnMBR system consists of a 330,000 gallon continuously stirred tank reactor (CSTR) paired with an 86,000 gallon membrane tank. The system was designed to treat up to 142,000 gpd of wastewater and generate a final effluent with biochemical oxygen demand (BOD) and total suspended solids (TSS) concentrations of less than 230 mg/l. 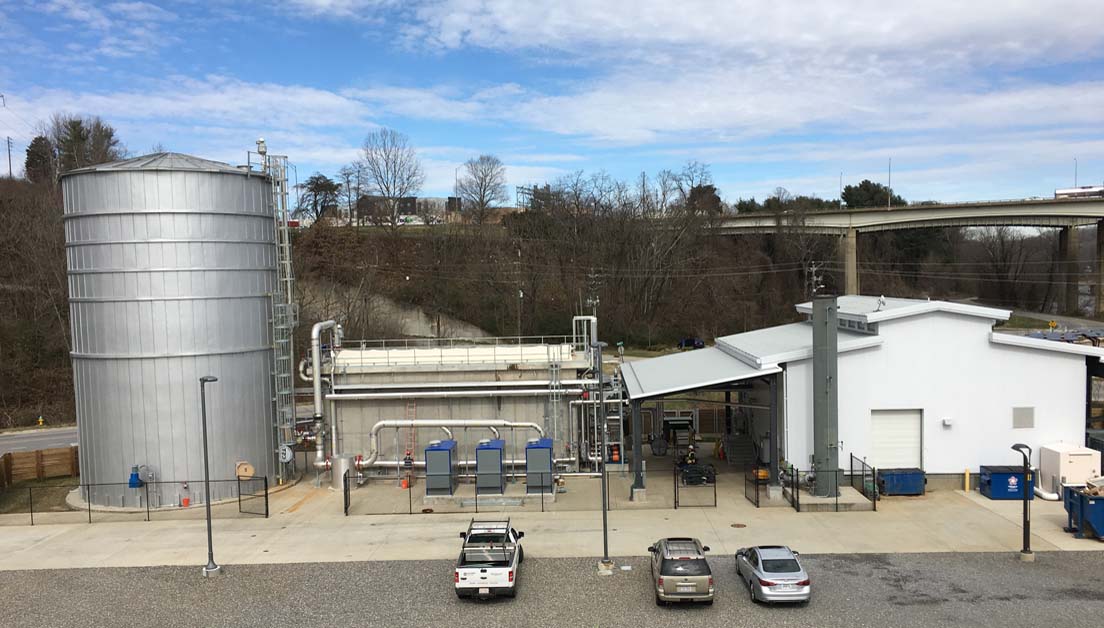 The new treatment system that Evoqua’s ADI Systems designed for New Belgium Brewing is generating a consistent high-quality final effluent that exceeds the discharge limits of the local publicly owned treatment works. The compact system is also meeting noise and odor limits, preventing any disruption to the surrounding neighbourhood.

Treatment system must exceed discharge limits, be compact in design and mitigate noise and odor concerns