When chain and scraper systems reached the end of their Life, Evoqua provided a turnkey solution that improved performance

The Grass Valley Wastewater Treatment Plant provides service for a population of approximately 12,000 people. Situated in California’s Gold Country, the area has some unique challenges that include mine drainage and heavy flows during the winter storm season in the scenic Sierra Nevada foothills. On average, the City discharges 2.1 million gallons per day of treated wastewater effluent to Wolf Creek, a tributary of the Bear River.

In 2013, the chain and scraper clarifier system was reaching the end of its useful life placing an increasingly heavy burden on the wastewater treatment system and its operators.  Matters became worse when a collector system in two of the tanks became inoperable due to a breakdown of the triple-output shaft drive system.  The outage left just one of the plant's three secondary clarifier tanks operational and threatened to shut down the entire system.

Grass Valley commissioned an upgrade project to replace the chain and scraper systems, drive system, and the scum pipes with new equipment. The project was planned and executed as a turn-key solution through MISCOwater, Evoqua's sales partner in Northern California. Envirex® Chain and Scraper sludge collection system from Evoqua replaced the current systems. The new chain and scraper systems features non-metallic chain components with individual drives and simple leer operated scum pipes.  Evoqua is the pioneer of non-metallic chain components, now considered the standard in the industry. The system's lightweight design made installation easy and simplifies maintenance. 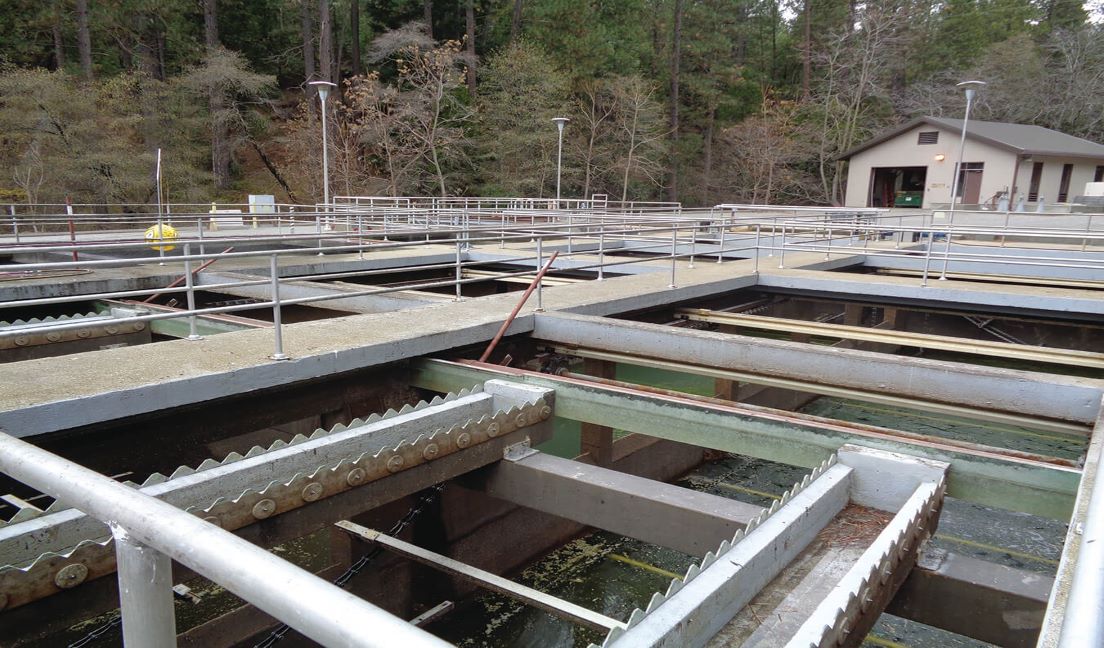 The Grass Valley project had a high-risk, compressed schedule that required a rolling shipment of components to coordinate with the contractor's time on site.  As the OEM for chain and scraper equipment, Evoqua was able to move quickly in providing new equipment.   With the new equipment installed, downtime and maintenance issues have been eliminated.  In addition, the new Envirex® Chain and Scraper system has increased the efficiency of solids removal at the plant and operating life has been extended for another 15-20 years.

Replace chain and scraper, scum pipe and drive systems that had reached the end of operating life in a short time frame to eliminate downtime.

Evoqua's service presence, long-term OEM relationship with the customer, and ability to plan and execute a turn-key solution, delivering the order within a tight 10-week time period.

Replace the chain and scraper systems, the drive system and the scum pipes to eliminate downtime and improve operating performance and solids removal.